The College of Applied Science, managed by I.H.R.D was established in 1993 offering undergraduate programs such as B.Sc Electronics and B.Sc Computer Science for the first time in Kerala. The courses are being run under the semester system with the most modern syllabi, modified from time to time. The University of Calicut awards the degree. The College is by the side of NH 47, 33 KMs equidistant both from Palakkad and Thrissur. The College offers four U.G programs and two P.G programs. The M.Sc Electronics Program offered by this College is the first of it’s kind under the University of Calicut and has one of the most advanced syllabi in the whole country. The College also became a pioneer paving the way to a new millennium by starting a “POST GRADUATE DIPLOMA IN AUDIO ENGINEERING” program, the very first of it’s kind in Kerala under the Govt. sector and the 4th in India. The College is approved by UGC under 2F. 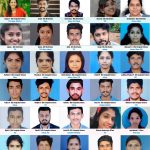 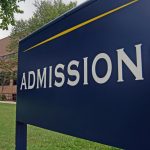